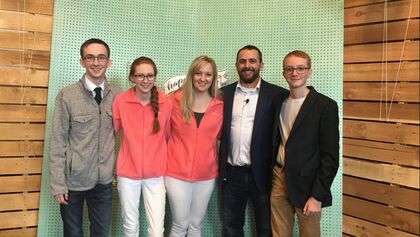 Michael Gray
Senior Pastor
​(This is the only known picture of Michael in a suit jacket.)
Michael moved to TCC in January of 2019 from Real Life Ministries in Spokane, WA. He has been in ministry for 25+ years working in churches of all sizes, as the lead planter for a new church in CO, leading multiple turn around projects and as a teaching minister and strategic leader at Real Life Ministries where they were averaging 150+ baptisms a year. Michael was raised as an Army brat living on three different bases in Germany, as well as bases in CO and OK. He also served in the US Air Force working in TX, northern Japan and CO. ​He has been married for 25 years to his beautiful bride, Nancy. He married way up!!! They have three young adult children - David, Maddie and Titus - and two not so grown-up pups - a HUGE German Shepherd named Dozer and a gorgeous Staffordshire Terrier named Deka.
Michael loves anything that requires sweat, competition, laughter and adventure. He has traveled all over the world and hopes to get in a bunch more countries before He meets Jesus face to face. He LOVES preaching, teaching, equipping and leading, and believes there is hope in every circumstance and season because of Jesus.
Email Michael 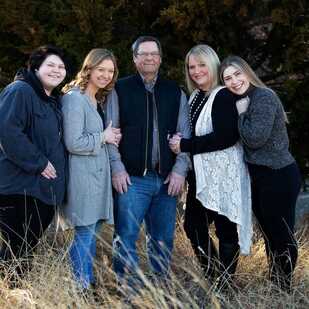 Vickie Lavicky
Children's Pastor
​
Vickie has attended TCC all of her life.  She attended the University of Central Oklahoma and received her Master's Degree in Community Counseling while starting her family.  Vickie began serving on the TCC staff in 2000 as Church Administrator, and became our Children's Pastor in 2009. She oversees the children's ministries from birth to 5th grade. Vickie has an amazing team of teachers, volunteers, and sponsors who help oversee all of the various children's activities, classes, nursery, and worship hours. She has been married to Charlie for...ever, and they have three beautiful girls, Breanna, Alyssa and Amberlyn.  She has a passion for learning, loving, and helping with anything her girls get involved in, as well as her TCC kids.  She loves to watch reality TV, spend time with family, win Spades championships, volunteer, and to see her children and yours learn to love the Lord.
Email Vickie 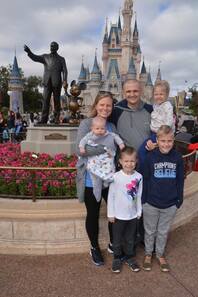 (This was Greg's actual home in Florida.)
Greg grew up in east Tennessee. He married Abigail in July of 2008 and they have 4 children - Asher, Abram, Eden and Elim. He has led Student Ministry teams in Florida and North Carolina. One of the really fun things about Greg is that he used to work in Hospitality at Dollywood's Splash Country. He loves college sports, especially the Tennessee Volunteers, fishing, golf and spending time with his family.
Email Greg 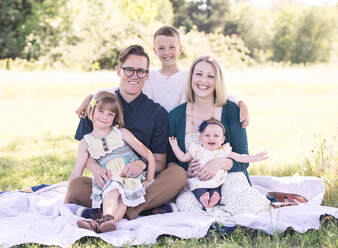 Ace Perreault
Worship Leader
​
Ace grew up in Mustang, Ok. While studying ministry at Bacone College he met the love of his life Carissa who for some strange reason decided to give him a chance. Thirteen years and three kids later, they are still walking through life’s journey hand in hand. The Father, in His kindness, has allowed Ace to serve the kingdom for 10 years through youth, college, and music ministries. He has been told that he owns WAY too many running shoes. He loves competing in marathons, metal music, and singing praises to the King. A fun fact about Ace, he went to college on a bull riding scholarship.
Email Ace 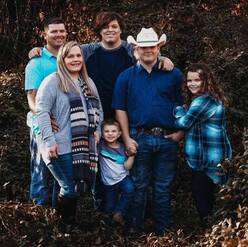 Kristie Joslin
Facilities Maintenance and Scheduling
​
Kristie has been a member of TCC her whole life. She worked at TCC as a janitor in her college days then went to work in the family plumbing and construction business while finishing school. She graduated from OSU-OKC with an Associate's degree. She interned in the office in 2018 and joined the staff as the janitor that winter.  She now oversees the maintenance and coordinating all building use for TCC. Kristie has been married to Billy Joslin for 17 years and they have 4 kids - Billy III, Korbin, Shelbie, and Hunter. When Kristie has free-time she likes to bake and work in the yard. 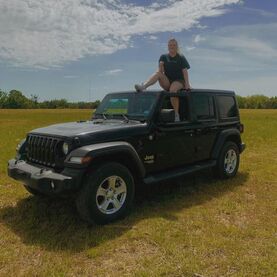 Katie has attended T.C.C. her whole life. She attended Ozark Christian College and traveled with YWAM Circuit Riders for a year. Katie has worked at T.C.C. since November 2019 as our Administrative Assistant/all things Planning Center. ​ You can find Katie singing and dancing with the Faith Factory kids on a Sunday or spiking on the Youth kids on a Wednesday. If you are ever in the mood for a boost in the morning, she slings a mean cup of coffee up at Silver City Coffee. She loves The Office, her Jeep and adventure. Never hesitate to say hey and she is always up to hanging out and hearing your story!
Email Katie

We Hope You Visit Soon!

We FOLLOW Jesus by SHARING His LOVE with EACH person we meet, because even ONE moment with Jesus can change EVERYTHING.